You can follow the latest news on our social media pages: 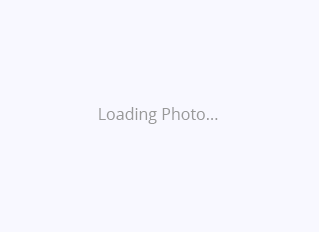 The Better Care Fund will fail to make the £1bn of projected savings for the NHS when it is launched in April 2015, the National Audit Office (NAO) has claimed.

The fund, aimed at joining up local services for older and disabled people, is more likely to save £314m during 2015/16, around £700m under the Government’s expectations of the fund, according to the NAO.

The fund has been created by £5.3 billion of existing NHS and local authority funding pooled together for 2015-16 and responsibility was given to local authorities to choose how their proportion of the money was spent.

However early plans did not meet minister’s expectations after plans submitted by all 151 local health and well-being boards in April 2014 revealed planned savings of £55m as opposed to the £1bn expectation.

Amyas Morse, head of the National Audit Office, said: “The Better Care Fund is an innovative idea but the quality of early preparation and planning did not match the scale of the ambition.

“Ministers were right to pause and redesign the scheme in April this year when they realised it would not meet their expectations.

“To offer value for money, the Departments need to ensure more effective support to local areas, better joint working between health bodies and local government, and improved evidence on effectiveness.”

The Department of Health called for plans to be re submitted in September after revising and improving the fund’s governance and scope.

Two thirds of resubmitted plans have now been approved by minsters however forecasts estimate even these reviewed plans will come nearly £700m short of the original expectation of savings for the NHS.

Richard Humphries, assistant director of policy at The King’s Fund said: “The introduction of the Better Care Fund at a time of mounting financial pressures on the NHS and social care carries significant risks.

“Although the recent changes made to the operation of the Fund go some way to easing concerns about its impact on the NHS, they represent a substantial shift of risk back to local authorities and leave local areas just five months to prepare to implement their plans.

“Given the tight timescales and absence of any new money in the Fund, local areas are being expected to achieve too much, with too little, too soon. Achieving the headline ambition of reducing emergency admissions by more than 3 per cent would require a dramatic reversal in demand for hospital services which has been rising inexorably in recent years.”

A Department of Health spokesperson disagreed with the criticism the Better Care Fund has received, however Andy Burnham MP, Labour's Shadow Health Secretary said the report highlighting Government miscalculations will ‘severely dent’ the public’s confidence in the policy.

He added: "This report is a serious reprimand for Jeremy Hunt and an indictment of the way he is running his department. He has been found out making wildly exaggerated claims for his policies and, once again, putting spin before substance.

“It raises major doubts about Jeremy Hunt's grip on finances and explains why the NHS is heading into deficit with more and more hospitals needing bail-outs.

“The Better Care Fund has always had a back-of-the-envelope feel and this has now been confirmed by the NAO - it is more proof you can't trust the Tories with the NHS.

“The worry now is that the incompetence of ministers could have very serious consequences for the NHS and councils. Ministers must provide urgent assurance that services will not be destabilised as a result of their poor planning and that it is safe to proceed with these proposals.”